Our wonderful staff are all trained professionals who hold qualifications in Early Years Care.  They all have a love of working with and bringing out the best in children, and have been selected for their caring and enthusiastic attitudes as well as their dedication to each child’s individual development and well-being.  All staff are subject to advanced DBS checks and are required to have relevant training in First Aid and Safeguarding children.

Karen gained her B.Ed degree in 1983. She joined our Pre-School in 1998 as Supervisor for only one day a week and is now full time. She is the Designated Safeguarding Officer, Key Person for the Owl and Hedgehog Groups and is responsible for leading the staff to deliver a broad and balanced curriculum to suit individual needs.

Ruth gained her N.N.E.B qualification in 1982. She joined our Pre-School in 1999 initially contracted to work as a 1:1 support worker for a child with Special Needs. In 2008 she became Deputy Supervisor, and is also SENCO, Senior leader for Behaviour Management and Key Person for the Rabbit Group.

Lindsay has been a part of Jack and Jill Pre-school for the past 6 years. She first became involved as a parent of a child attending the Pre-school, embracing the opportunity to become involved on the parent rota.  As her second child registered in the Pre-school she took an active role on the committee as Vice Chairperson.  Her passion for creativity and story telling were expressed at fundraising activities and as her children moved on to primary school she continued to come in to sessions to help out as a volunteer.  She joined as a member of staff in October 2016 with the ambition to qualify in early years education in the near future. 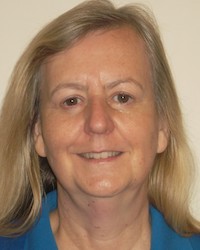 12 years ago Hazel was a trustee on the Pre-School Committee when her son attended Jack and Jill. Since then she has run ‘Kiddiwinks’ parent and toddler group in the village for four and a half years. She spent 9 years in a Day Nursery working with Pre-School aged children for 6 of those years. Hazel gained her NNEB qualification in 1982 and is qualified in First Aid, Safeguarding, Food hygiene and Autism.

Michelle gained her level 3 Cache Diploma in Child Care & Education in July 2014.
She spent time as a student in our setting in 2012 while qualifying and says she loved it so much that she wanted to come back.  She joined our Pre-school in April 2016 taking responsibility for the Hedgehog group.

Julia gained her level 3 Diploma for the Children and Young People’s Workforce in May 2014.
She has had 13 years experience working with children between 0-5 years. She has 4 children herself and has completed Makaton, First Aid and Safeguarding training.

Julie had 3 girls who went to Jack and Jill Pre-School from 1992 onwards. She joined the committee in 1997 and has always been involved in Pre-School life.
She gained her diploma in Pre-School Practice in 2008 and constantly updates her First aid and safeguarding training. Since 2010 she has been on bank staff.